Skip to Main Content
It looks like you're using Internet Explorer 11 or older. This website works best with modern browsers such as the latest versions of Chrome, Firefox, Safari, and Edge. If you continue with this browser, you may see unexpected results.

A landing page for all things research!

How to Make Your Writing More Suspenseful

Satire Cartoon: The Plumb-pudding in Dangar 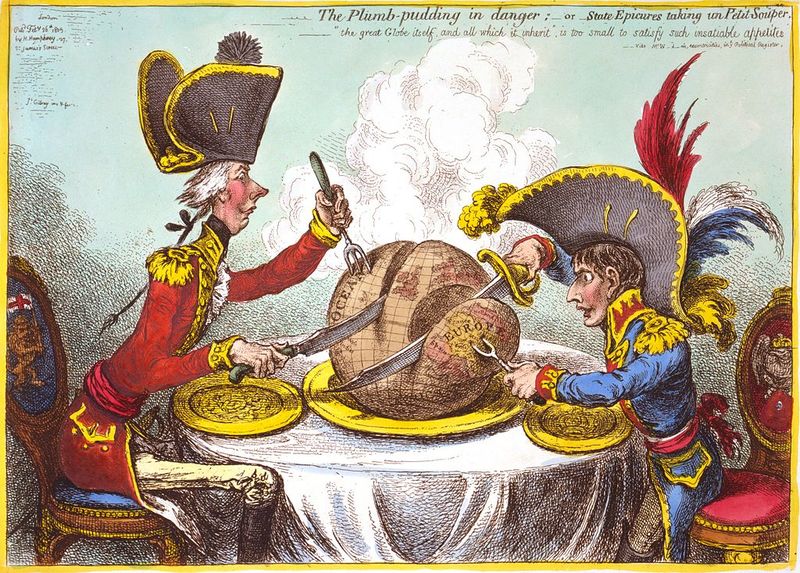 Published in 1805, this cartoon depicts the French emperor and British prime minister battling for bigger portions of a globe-shaped dessert. Gillray satirizes French and British political ambitions by recasting the two leaders' competition for global dominance as a fight at the dinner table. While leaders often present their expansion efforts as being for the good of the nation, Gillray links their desire for new territory to their endless appetite for personal fame and power.